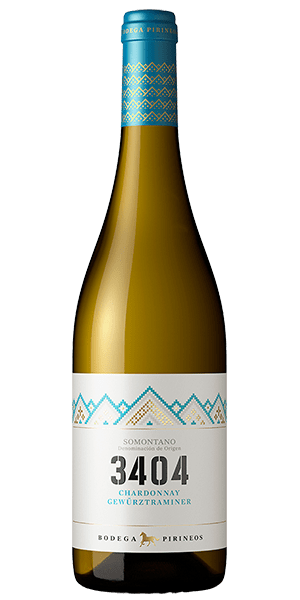 3404 has become the most fashionable number in the world of wine. This number represents the height of Pico Aneto, the highest peak in the Pyrenees.

The expression of an ideal land for white wines. Somontano is a welcoming and generous land which has been influenced over the years by other territories, both near and far. Traditions have been brought together with new trends, a phenomenon that the world of wine is no stranger to: the adaptation of autochthonous varieties symbolises integration and strength. Some of these varieties arrived to Somontano more than a century ago, and their cultivation became popular and widespread at least three decades ago. The 3404 white wine represents, as so few wines actually do, an honest, rich and fresh personality, which is so characteristic of its complexity. In this wine, the personality of these two varieties that have been rooted in our vineyards for decades has been brought together with exceptional prominence.

Smooth and creamy with great finesse and flavour.