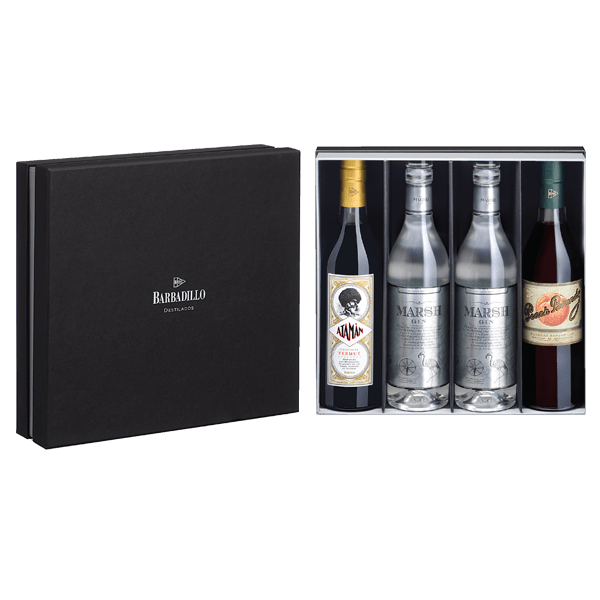 Marsh Gin is a classic London Dry style gin that incorporates Palomino Fino grapes from our own vineyards. It is the most distilled gin in Southern continental Europe.

To produce Barbadillo’s Solera Reserva Brandy de Jerez, “holandas” or low-strength spirits that originated from the white wine distillation process were carefully selected before being left to age in sherry casks that had previously been used for ageing Oloroso wines. All of this, under the influence of the special micro-climate, which is so characteristic of Sanlúcar de Barrameda.

Peach Brandy produced from a recipe that was brought from the United Kingdom by Beatriz de Sajonia, the wife of Infante Alonso de Orleans y Borbon, who was one of the first Spanish aviators, who worked alongside Barbadillo to produce this liqueur that was subsequently sold to the Royal Household.

Atamán, Barbadillo’s Cossack: The last addition to Barbadillo’s new spirits collection is the Atamán vermouth, which has been produced primarily using Manzanillas from the historic Angioletti and El Toro wineries that are located in Sanlúcar’s upper quarter. Barbadillo was looking to recover its vermouth tradition and with Atamán it has done just that, by bringing back a serious vermouth with flowery Manzanilla notes, which has essentially been revitalised.