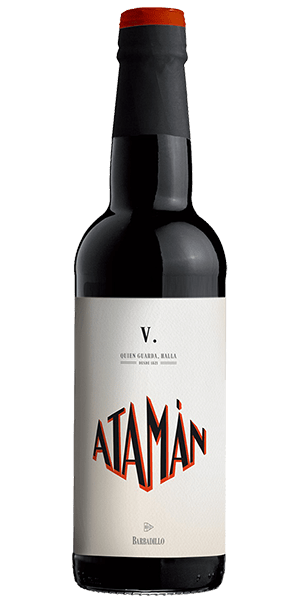 There was a rumour going around amongst the new Vermouth fanatics. They claimed that Barbadillo had an old Vermouth stored in its casks. The rumour went around and it turned out that it was true. There were seven casks in a corner of the winery which had lain forgotten for 40 years. Vermouth that had been stored in old Sherry casks, and which they no longer had the recipe for. The rumour went around because one of the bottles had fallen into the hands of Vermouth fanatics such as Villalgordo or Rayco Fernández. The rumour went around because someone was determined to steal a bottle so that they could share it with their friends. The royal household had two brands of Vermouth: Atamán and Aventurero. It seems that they both shared roots. So the most difficult task was deciding on the name. Which one would you have chosen? Do you actually known what an atamán is?

Bodega Angielotti: 6 demijohns per year out of a total of 125 demijohns and 5 casks.